In a world where most companies want to digitalise and where there is an ever-growing shortage of developers to meet those demands, there is an increasing need for tools that improve the efficiency of engineering teams. This need is the key driving force behind the fast-growing global DevOps market, which is expected to reach $52 billion by 2030.

As companies increasingly have critical digital backbones, lack of code quality and technical debt can act as severe drags for companies in an increasingly competitive and globalised market.

The capital infusion will continue to fuel Codacy’s product innovation and development and accelerate global growth, with a focus on expanding its existing presence in the U.S.

According to the company, its product decreases time spent on quality monitoring by up to 60% through automated code reviews. Over the last twelve months, Codacy fixed more than 20,000,000 vulnerabilities (that is, over 60,000 vulnerabilities per day), significantly reducing the failure rate of new code releases and increasing the reliability of its customers’ code bases. 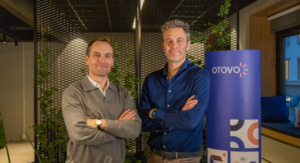