CEO Muddu Sudhakar said the new cash will be put toward market expansion and supporting Aisera’s go-to-market strategy, in addition to investing in the company’s product development, R&D, sales and marketing initiatives.

Sudhakar founded Aisera in 2017 alongside Christos Tryfonas a longtime colleague and Co-Founder, part of the startup is based in Greece, that is developing what it describes as an AI-based support ticketing system. Sudhakar most recently led teams at ServiceNow and EMC, previously founding startups (Caspida, Cetas, Kazeon and Sanera Systems) that were acquired by VMware and Splunk. Tryfonas, a former AT&T Bell Labs researcher, worked with Sudhakar at several of his ventures before joining Aisera.

Aisera’s platform learns to resolve issues through a combination of language-analyzing AI and robotic process automation, or RPA. RPA technology attempts to mimic the way people interact with software to accomplish basic, repeatable tasks at scale.

RPA vendors, including Automation Anywhere and UiPath, claim to be able to do this to some extent. But Sudhakar asserts that Aisera’s brand of RPA is custom-built for customer/employee service use cases.

Aisera can return articles or snippets of articles from a company’s knowledge base that most likely answer a customer’s question. Moreover, it can automatically take certain actions itself, like resetting a user’s password — that’s where the RPA comes in — or route requests to the appropriate team. For trickier problems, Aisera can provide “next-best action” recommendations to teams as well, improving with each additional data point.

Competition aside, Sudhakar believes Aisera is well-positioned for growth with over 100 customers and close to 80 million users. Current subscribers include brands like Zoom, Chegg, McAfee, and Autodesk, plus federal, state, military and defense agencies.

“We’re in a somewhat recession-proof industry where our cloud-native and AI-native technology can better accommodate budgets in contrast to others. AI and automation are key foundational pillars to beat inflation,” Sudhakar said. “Aisera is experiencing massive growth — 300% year-over-year — with gross margins between 80% to 90%. While the tech industry faces levels of uncertainty and some economic headwinds, business for Aisera is booming.” 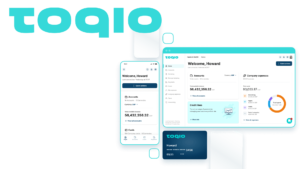 Sequence raises $19 million to change the game for B2B fintech